For Railroad Stocks: A Picture is Worth a Thousand Words

Sometimes an investment thesis is best told through a picture. The chart below illustrates the steadily improving profitability of the seven largest North American railroads. 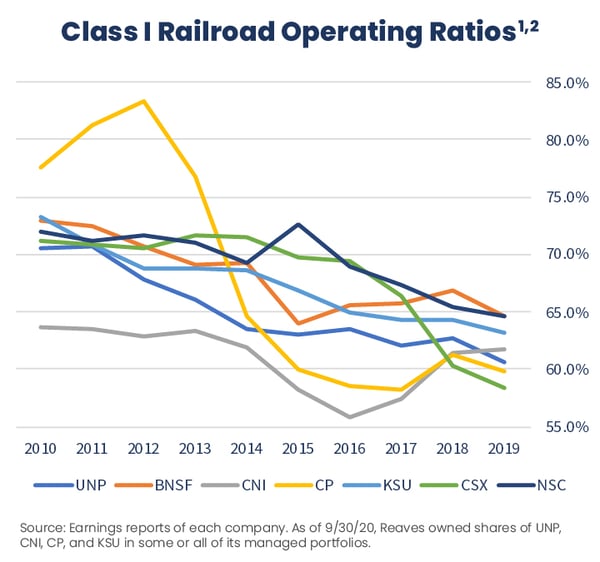 As discussed in a previous blog, the introduction and implementation of precision railroading techniques has improved operating ratios across the industry through efficiencies such as improved scheduling, and longer, faster railcars requiring less fuel and fewer personnel. We believe the resultant margin expansion has contributed to the ability of these rail stocks to steadily compound value, a trait highly valued at Reaves. Our outlook on the sector is based on the further levering of these initiatives to drive greater efficiencies and the potential for higher volumes as the economy recovers.

Most of our readers are likely familiar with the characteristics Reaves looks for in infrastructure companies, among them high barriers to entry and limited competition. These characteristics support the steady, compounding growth outcomes we seek in our client’s portfolios. With that in mind, the unique nature of North American railroad networks is another reason to consider the group. Disruption of these well-moated networks through the construction of new rail lines would be prohibitively expensive and effectively impossible due to population density and zoning.

Our essential service infrastructure strategies seek to provide high, single-digit total returns through income and capital appreciation with low risk. The characteristics of the largest North American railroads and the major theme driving their durable earnings is why a few have been a mainstay in Reaves’ portfolios. 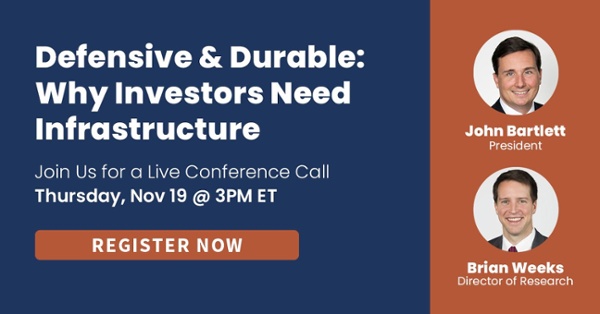 2Operating Ratios: The operating ratio is a major measure of profitability in the railroad industry. This is the company's operating expenses as a percentage of revenue.